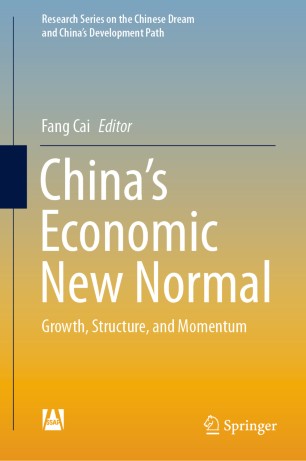 This timely volume on China’s economic “New Normal” features articles by leading scholars from the Chinese Academy of Social Sciences and other research institutions across the country. A broad range of perennial as well as hot-bottom topics related not just to economic growth but also to its social and political ramifications are covered, including patterns of growth, income distribution, domestic consumption, the global economic dynamics, and policy responses to these and other developments. Contributors not only combine theoretical and empirical analyses of these critical issues but also examine the historical background and the social context to what may be one of the most significant developments not just for China but also for the rest of the world.

Fang Cai, Ph.D. in economics, is Vice President of Chinese Academy of Social Sciences (CASS), and has  been a visiting scholar at many  universities around the world. He served as  Director of the Institute of Population and Labor Economics at CASS between 1998 and 2014. Cai is also a delegate to the 18th National Congress of the Communist Party of China, the 12th National People’s Congress, and a standing committee member of both the National People’s Congress and Agriculture and Rural Affairs Committee.