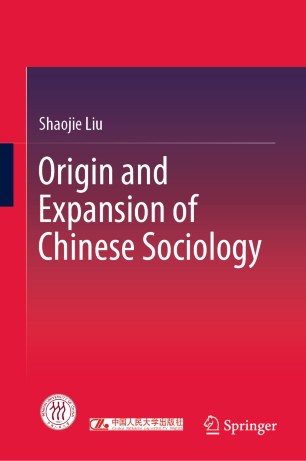 Origin and Expansion of Chinese Sociology

This book reexamines Chinese sociology's point of departure and boundaries of western sociology from a new academic perspective, and offers a new definition of the essence and mission of sociology, drawing and critically reflecting on the ideological and theoretical theories of the classic sociologists. On this basis, it makes a careful study of the origin of Confucian classics and western sources of Chinese sociology and analyses the origin and evolution of Chinese sociology at the intersection of Chinese and western academic history. Further, it provides a deep and thorough discussion of the social theories of Chinese sociology pioneers and founders (such as Fu Yan, Youwei Kang, and Qichao Liang) and comments on Shuming Liang’s sociological theory, which emphasizes the Chinese culture and tradition as well as the particularity of the Chinese social structure. In addition,  it also offers an in-depth analysis of Xiaotong Fei’s advocacy of the idea of expanding the traditional boundaries of sociology in his later years. With regard to promoting the development of  a new Chinese sociology, the book is particularly important in terms of expanding academic research and promoting discipline construction.

Shaojie Liu is Director of the Center for Studies of Sociological Theory and Method, Renmin University of China; Professor and Doctoral Advisor at the School of Sociology and Population Studies, Renmin University of China; and Editor-in-Chief of the journal Sociological Review. His research fields include transitions in systematic structures, ideologies, and behavioral patterns in contemporary Chinese society; new genres and trends in contemporary overseas sociological theory; and the theory and practice of new economic sociology.