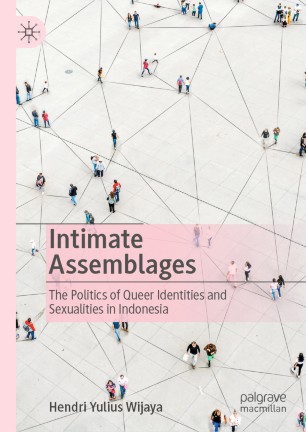 The Politics of Queer Identities and Sexualities in Indonesia

Written in the aftermath of Indonesia's anti-queer panic in 2016, this book tells the story of local queer movements in challenging the heteronormative society and resisting the homophobic hostility from religious conservative groups and the state. The year 2016 was a touchstone moment for queer issues in Indonesia, marked by the ubiquity of anti-queer campaigns, along with the pervasive use of the term 'LGBT' in public. Drawing on historical archives and his engagements with local queer activisms, Hendri Yulius Wijaya traces the historical shifts of gender and sexual identities in Indonesia, from gay and lesbian, to LGBT, to SOGIE minorities, while exploring their connections with the country's socio-political circumstances and the globalization of queer rights.

Using a strategic blend of queer theory and assemblage framework, Wijaya demonstrates how activists refashion transnational sexuality discourses to balance international developments of queer rights against the contingencies of daily life in Indonesia. Equally importantly, he sheds light on emerging practices in activist landscapes, including the emergence of sexuality experts and the professionalization of activisms. In analyzing the rising tide of homophobic paranoia, Wijaya further shows how the current anti-queer campaigns have branched out into a broader assault on feminism and promoted a form of 'aversion therapy' that positions same-sex attraction as a divine ordeal.

Intimate Assemblages follows the travails of queer activists in defining what it means to be queer in contemporary Indonesia.

Hendri Yulius Wijaya is an Indonesian writer. He completed a research master’s degree in Gender and Cultural Studies at The University of Sydney and a master’s degree in Public Policy at Lee Kuan Yew School of Public Policy, National University of Singapore. He writes about gender, sexuality, and popular culture for a mainstream audience in Indonesia.