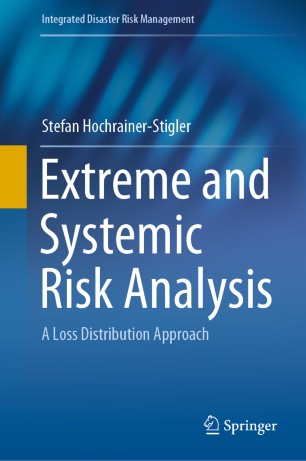 This book is about how extreme and systemic risk can be analyzed in an integrated way. Risk analysis is understood to include measurement, assessment as well as management aspects. Integration is understood as being able to perform risk analysis for extreme and systemic events simultaneously. The presented approach is based on Sklar's theorem, which states that a multivariate distribution can be separated into two parts – one describing the marginal distributions and the other describing the dependency between the distributions using a so-called copula. It is suggested to reinterpret Sklar's theorem from a system or network perspective, treating copulas as a network property and individual, including extreme, risk as elements within the network. In that way, extreme and systemic risk can be analyzed independently as well as jointly across several scales. The book is intended for a large audience, and all techniques presented are guided with examples and applications with a special focus on natural disaster events. Furthermore, an extensive literature and discussion of it are given in each chapter for the interested reader.

Stefan Hochrainer-Stigler is a senior research scholar at the International Institute for Applied System Analysis (IIASA) in Laxenburg, Austria. He is a member of the board of directors of the Integrated Disaster Risk Management (IDRiM) Society and is on the advisory board of the Global Alliance of Disaster Research Institutes (GADRI). His main research interests include risk analysis of extreme and systemic risk, modeling of rare events, extreme value theory and econometrics, as well as multivariate analysis and probability theory.