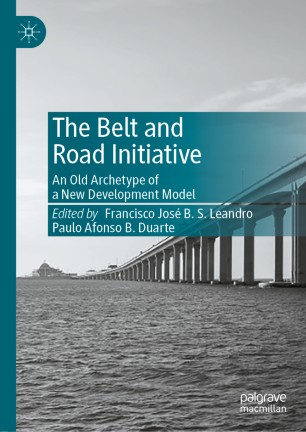 The Belt and Road Initiative

An Old Archetype of a New Development Model

This book is an analysis of the developments associated with the Belt and Road Initiative (B&RI) five years after Xi Jinping announced both the Silk Road Economic Belt (SREB) and the 21st Maritime Silk Road (21MSR). Together, these two dimensions constitute the B&RI, providing the so-called Chinese ‘project of the century’ with regional, inter-regional and global reach. This book aims at assessing the impact of the B&RI in all these dimensions and levels of influence. This is a current and promising theme, not only in the short and medium terms, but also within a broader timescale, reflecting Chinese strategic thinking itself, since Chinese philosophy and culture are oriented towards long-term and inter-generational perspectives. Likewise, both the title of this publication and the way it has been organized result from the empirical perception that China asserts a conservative attitude towards foreign affairs, redesigned in multiple dimensions, to create a perception of domestic unity and global prestige. In this vein of thought, the B&RI is already influencing and will continue to influence, directly or indirectly, the current economic and political order.
Francisco B. S. José Leandro completed his Ph.D. in political science and international relations from the Catholic University of Portugal in 2010. He is currently an associate professor and Assistant Dean of the Institute for Research on Portuguese-Speaking Countries at the City University of Macau, China.
Paulo Afronso B. Duarte has a Ph.D. in political science from the Catholic University of Louvain, Belgium. He is currently an assistant professor at Universidade Lusófona do Porto and guest professor at the University of Minho in Portugal. He is a post-doctoral researcher at Centro de Investigação em Ciência Política, University of Minho, Portugal.