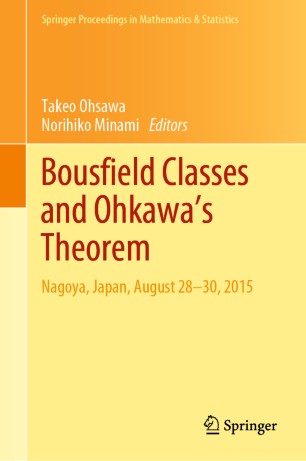 This volume originated in the workshop held at Nagoya University, August 28–30, 2015, focusing on the surprising and mysterious Ohkawa's theorem: the Bousfield classes in the stable homotopy category SH form a set. An inspiring, extensive mathematical story can be narrated starting with Ohkawa's theorem, evolving naturally with a chain of motivational questions:

This book contains developments for the rest of the story and much more, including the chromatics homotopy theory, which the Hopkins–Smith theorem is based upon, and applications of Lurie's higher algebra, all by distinguished contributors.