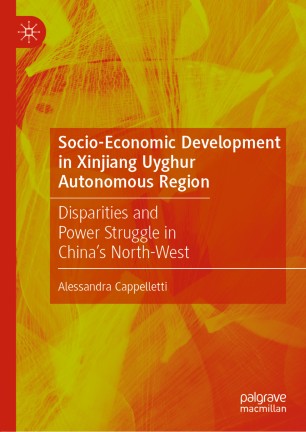 In an unprecedented exploration of space and power in rural Xinjiang, a Chinese region home to the Muslim population of the Uyghurs, this book adopts a grounded theory approach and a trans-ethnic perspective into the complex and sensitive topic of land issues and agricultural land evictions in Xinjiang Uyghur Autonomous Region. By exposing the dynamics of land acquisition and power building in the politically contested space of the region, the author shows how state owned land in a key commercial and cultural hub on the new Silk Road became a commodity, in a context of violent human interactions driven by power. Relying on previously undisclosed material and on a unique field research among farmers and local authorities, the author retraces the steps of Uyghur peasant workers, entangled in a suspended situation between abandoned rural villages, migration and urban alienation, in a book which explores agency in violent processes of social change, and adds concepts and insights to the current knowledge of how we become modern citizens. The microcosm of Kashgar, an oasis-city in Xinjiang, acts as a mirror reflecting socio political dynamics framing people’s identity. Shedding light on one of the most inaccessible region in China, this book is a key read for academics and a broader public willing to get a clearer view of one of the sourest power struggle in the most contested region within the next superpower.

Alessandra Cappelletti is Associate Professor at the Department of International Relations at Xi’an Jiaotong Liverpool University, China. She has a PhD at the Oriental University of Naples and was Joint Postdoctoral Fellow at the Institute of East Asian Studies (IN-EAST) and at the Käte Hamburger Kolleg/Research Center for Global Cooperation of the University of Duisburg-Essen in Germany.

“Cappelletti provides a highly nuanced and illuminating account of ethnic relations in the region and what it means to be a Uyghur. It is a valuable contribution to the scholarly literature on Xinjiang. … This is a detailed book that will be of interest to scholars researching Xinjiang, the situation of the Uyghurs, as well as research of internal colonies more generally.” (Anna Hayes, China Information, Vol. 35 (1), 2021)