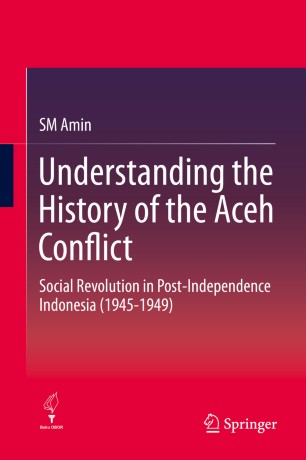 Understanding the History of the Aceh Conflict

This book is the first English translation of the original text Atjeh Sepintas Lalu published in 1950 in Bahasa Indonesia by one of Indonesia’s leading lawyers,  writers, and political figures, examining the history of the continuously turbulent Aceh. The book describes the legal and political situation in Aceh between 1945 and 1949, considering the events and incidents that related to the government, judiciary, civil servants, and life of the parties at the time. It unpacks the dispute between two major streams of thoughts that cut across the people of Aceh during that era – one based on religious teachings, and the other on secular principles. What followed was the unavoidable emergence of disparate groups, which, in turn, yielded conflict. The author, as a former insider in the Aceh government, was able to uncover the 'inside story' on the ground, in analyzing and discussing this fragment of the history of Aceh. A unique resource, this translation – presented six decades after it was first made available – is still invaluable today, allowing readers to interpret the events that occurred in Aceh at the time in the context of an understanding of Aceh’s development today. This book will be of keen interest to specialists in Islamic law, regionalism, historians of Indonesia, as well as social scientists interested in the early post-independence history of Indonesia.