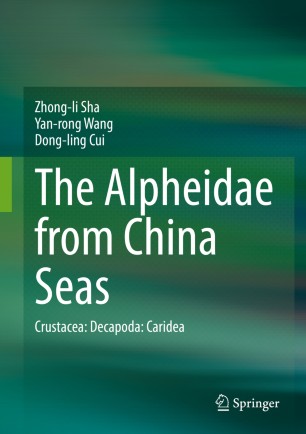 The Alpheidae from China Seas

As one of the largest families within the Caridea, the Alpheidae have attracted much attention for its species richness, especially on coral reefs. The Alpheidae are one of the most abundant decapods in tropical and subtropical areas, with 48 genera and more than 700 known species. The Alpheidae present a particular challenge in terms of both taxonomy and systematics as they are difficult to identify (some species vary in their growth and there are often large differences between the sexes). Traditional, morphology-based research on the Alpheidae still plays an important role in identifying species, compared with new methods, such as the short gene sequences.

Based on more than 2000 specimens collected from the China Seas, this book describes and clearly illustrates 146 species belonging to 16 genera of the Alpheidae. It also presents the key features of every genus and every species within every genus, to enable readers to easily identify the alphid shrimps of the China Seas.