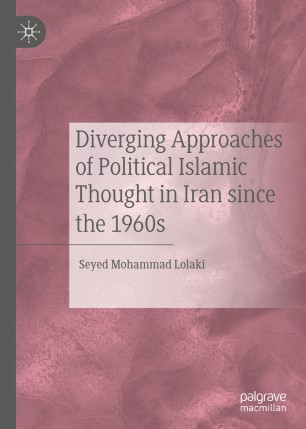 Diverging Approaches of Political Islamic Thought in Iran since the 1960s

This book argues that Political Islam in the Iranian context evolved into three main schools of thought during the 1960s and 1970s: Jurisprudential Islam led by Ayatollah Khomeini, Leftist Islam led by Shariati, and Liberal Islam led by Bazargan. Despite the fact that all schools seek an Islamic state, their chosen methods and philosophical approaches diverge considerably. The synthesis of these three contrasting socio-political views is structured here to provide a coherent interpretation by means of ongoing comparison. This method has so far not been presented in academic studies within the field of Political Islam.
Furthermore, this book provides a critical analysis of the aforementioned ‘Political Islam’ schools in Iran, their similarities and differences, relative success or failure, their contribution to the revolution of 1979 and how they have evolved from the pre-revolution era to the present.
Seyed Mohammad Lolaki is a researcher who received his PhD degree in Political Science and Public Policy from the University of Waikato, New Zealand, in September 2017. He obtained his Master's degree in Political Science from Mofid University of Qom in Iran in 2005. His current research interests include Political and Social Islam, modernist discourse and democracy in the Middle East.