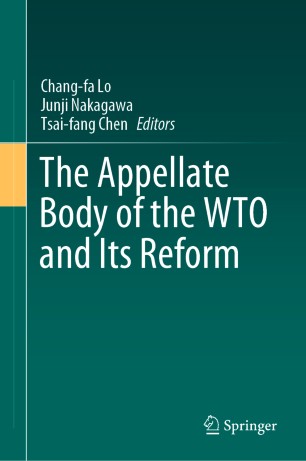 The Appellate Body of the WTO and Its Reform

This is the first book that critically examines the reform of the Appellate Body (AB) of the World Trade Organization (WTO) in light of the current crisis resulting from the U.S. blocking of the appointment of its members. The reform of the AB is critical, as the appointment crisis could lead to the demise of “the jewel in the crown,” which may even cause the dismantling of the WTO as a whole. This book covers various aspects of the crisis and its reform. Specifically, as the crisis cannot be fully understood without reviewing the role of the AB from the broader perspectives of the other functions of the WTO, the book examines the reform of the AB from the broader perspectives of the WTO governance. Additional focus is on the reform of the AB in relation to its specific functions. Available options are provided to address the AB crisis, as well as discussion of wider implications beyond the WTO. Contributed by world-renowned academics, experts, and practitioners in the field of international economic law, this volume provides a comprehensive analysis of the AB crisis and its solutions.