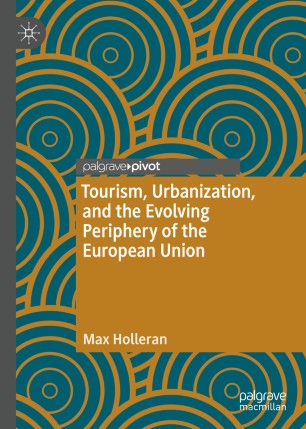 Tourism, Urbanization, and the Evolving Periphery of the European Union

This book explores travel, tourism, and urban development at the edges of Europe from the 1970s until the present. It compares tourism-spurred urban growth in Spain and Bulgaria, showing how development in Southern Europe after the fall of dictatorships provided a model for integrating post-socialist Europe in the 1990s. It analyzes the economic, cultural, and political dimensions of tourist economies, showing how they aligned with major European Union integration goals and were supported with EU development funds. It also chronicles the social and environmental costs of mass tourism where over-development has despoiled beachfronts and promoted low paying service jobs, reinforcing regional divisions in Europe between those who host and those who visit. Ultimately, it argues that while mass tourism is touted as a viable economic solution to EU inequality, it can potentially exacerbate disparities between core and peripheral zones, creating new and troubling forms of regional polarization.

Max Holleran is Lecturer in Sociology at the University of Melbourne. He has written about housing, architectural aesthetics, post-socialist urban planning, and European Union integration for anthropology, sociology, and history journals as well as for Boston Review, Dissent, Los Angeles Review of Books, New Republic, Slate, and the Times Literary Supplement.

“This original and timely book insists that we cannot see the crisis of the EU-modernization project only by looking at its institutional core. Emerging from a geographically ambitious project that explored the connections in cultures of leisure and tourism between southern and eastern Europe, this book charts the rise and fall of hopes of the development and convergence as a transnational and comparative story as seen from the continent’s peripheries.” (James Mark, Professor of History, University of Exeter, UK)
Buy options