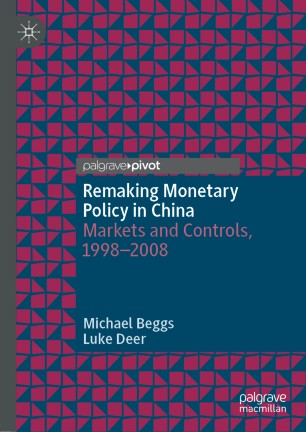 This book covers the recent history of Chinese monetary policy. While most current work focuses on This book traces and explains the evolution of Chinese monetary policy in the years before 2008. The turn towards interest rate deregulation and market-oriented policy in China in recent years is often seen as a break with former command-and-control policy norms, in favour of Western central banking norms. We argue that Chinese monetary policy already went through a transformation under the influence of ‘new consensus’ macroeconomics after 1998, but that this surprisingly led to increased reliance on direct banking controls in the 2000s. Therefore, many of the controls that look to many like a remnant of central planning are in fact an outcome of an earlier attempt to ‘rationalise’ monetary policy, in unusual Chinese conditions. Specifically, policy returned to direct controls because of an underdeveloped interbank money market, and a glut of bank liquidity associated with enormous foreign exchange inflows in the mid-2000s.
Michael Beggs is Senior Lecturer in Political Economy at the University of Sydney, Australia.
Luke Deer is a Research Affiliate in Finance at the University of Sydney Business School, Australia.