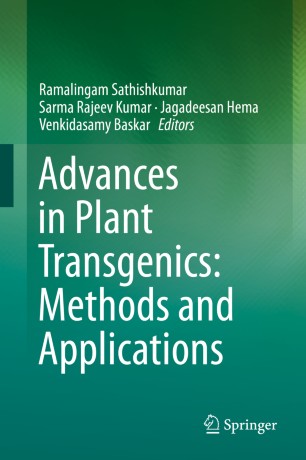 The green revolution led to the development of improved varieties of crops, especially cereals, and since then, classical or molecular breeding has resulted in the creation of economically valuable species. Thanks to recent developments in genetic engineering, it has become possible to introduce genes from different sources, such as bacteria, fungi, viruses, mice and humans, to plants. This technology has made the scientific community aware of the critical role of transgenics, not only as a means of producing stress tolerant crops but also as a platform for the production of therapeutics through molecular farming.

This book discusses the commercial applications of plant transgenic technologies, including the use of transgenic cell culture approachesto improve the production of metabolites and high-value therapeutics as well as transgenic plants in pest management. It also explores generation of novel vectors, protein production using chloroplast engineering and the latest developments in this area, such as genome editing in plants. Featuring general discussions and research papers by leading international experts, it is a valuable resource for scientists, teachers, students and industrialists working in the field.