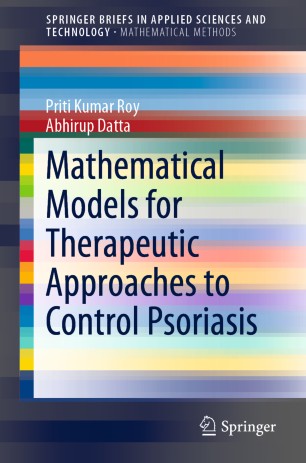 This book discusses several mathematical models highlighting the disease dynamics of psoriasis and its control. It explains the control of keratinocyte concentration through a negative feedback mechanism and the effect of including a realistic time delay in that system. The effect of cytokine release is described in a mathematical model of psoriasis and further elucidated in two different mathematical pathways: the ordinary differential equation model system, and the fractional-order differential equation model system. The book also identifies the role of CD8+ T-cells in psoriasis by investigating the interaction between dendritic cells and CD8+ T-cells. Presenting an approach to control the fractional-order system to prevent excess production of keratinocyte cell population, the book is intended for researchers and scientists in the field of applied mathematics, health informatics, applied statistics and qualitative public health, as well as bio-mathematicians interested in the mathematical modeling of autoimmune diseases like psoriasis.