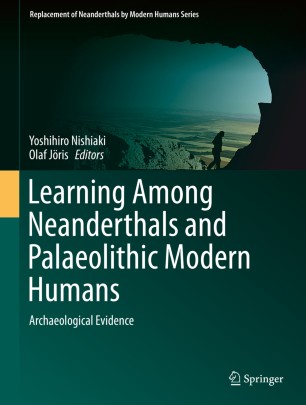 This book is based on the research performed for the Replacement of Neanderthals by Modern Humans Project. The central issue of the project is the investigation of possible differences between the two populations in cognitive ability for learning. The project aims to evaluate a unique working hypothesis, coined as the learning hypothesis, which postulates that differences in learning eventually resulted in the replacement of those populations.
The book deals with relevant archaeological records to understand the learning behaviours of Neanderthals and modern humans. Learning behaviours are conditioned by numerous factors including not only cognitive ability but also cultural traditions, social structure, population size, and life history. The book addresses the issues in two parts, comparing learning behaviours in terms of cognitive ability and social environments, respectively. Collectively, it provides new insights into the behavioural characteristics of Neanderthals and modern humans from a previously overlooked perspective. Furthermore, it highlights the significance of understanding learning in prehistory, the driving force for any development of culture and technology among human society.