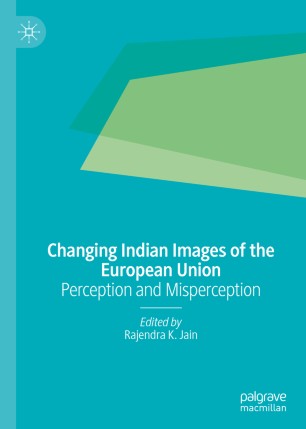 This book explores the images and perceptions of the European Union (EU) in the eyes of one of the EU’s three strategic partners in Asia in the context of its own distinct policies and identity. It fills a major gap in existing studies on how Asians perceive the EU. The book examines the perception, representation and visibility of the EU in the Indian media, among the ‘elites’ and in public opinion. It explores whether the Union’s self-proclaimed representation as a global actor, a normative power and a leader in environmental negotiations conforms to how it is actually perceived in Third World countries.

The book asks questions such as, How have Indian images of Europe/European Union been changing from the 1940s to the present? What new narratives have emerged or are emerging about the EU in India? What does the rise of China mean for EU-India relations? Is the image of the EU changing in India or do old representations still persist even though the Union is acquiring a new personality in the world politics? How does India perceive Poland?

Rajendra K. Jain is Professor at the Centre for European Studies, Jawaharlal Nehru University (JNU), New Delhi, India. He was formerly Chairperson, Centre for European Studies and Director, Europe Area Studies Programme, JNU.  He has been the first Jean Monnet Chair in India (2010-2015). He was formerly Visiting Professor, Asia-Europe Institute, University of Malaya (2010) and Visiting International Fellow, Monash Europe and EU Centre, Melbourne (2009). He was Alexander von Humboldt Foundation Fellow at the University of Constance and Visiting Fellow at the School of Slavonic and East European Studies, University of London (1993) and the German Institute for International and Security Affairs (1995). He has been Visiting Humboldt Foundation Professor at Freiburg, Leipzig and Tuebingen universities and at the Maison des Sciences de l'Homme, Paris. He has also been visiting professor at the universities of Sofia, Warsaw and UPFM Barcelona. He was Adjunct Professor (Research), Monash European and EU Studies Centre, Monash University (2010-2015) and Indian Council of Cultural Relations (ICCR) Professor of Contemporary India, Leuven University (2015). He is the author/editor of nearly 30 books and has published 140 articles/chapters in books. He has most recently published India, Europe and Pakistan (2018).

Nora Babalová is a Trade Analyst at the Embassy of India to the European Union, Belgium and Luxembourg, Brussels.

Idesbald Goddeeris is Professor of History at the University of Leuven, Belgium.

Patryk Kugiel is the head of the International Economic Relations and Global Issues Programme at the Polish Institute of International Affairs (PISM), Warsaw.

“The edited volume reminds us that there are no universal perceptions of the EU. It succeeds in showcasing country-, issue- and cohort-specific analysis and contributes to the field of EU external perceptions, a vibrant area of EU foreign policy studies. The volume delivers a message that perceptions and attitudes of large, complex, multicultural international actors – and India is one of those – demand multifaceted nuanced consideration. The volume emphasises the importance of history in understanding modern-day perceptions. It looks at the decades of the European integration project and centuries of India-Europe relations, as well as the most recent events. Finally, the volume stresses the need to account for mutual perceptions and recognition, a key to a meaningful dialogue.” (Natalia Chaban, Jean Monnet Chair and Deputy Director, National Centre for Research on Europe, University of Canterbury, New Zealand)

“This book gives major insights into the difficulties of the European Union to become accepted as a major player in international relations. These difficulties of the European Union result from its being perceived not as a political actor as it wants to be, but as a primarily economic association which pools contradictory interests of its more powerful member states. It is perceived by all walks of Indian public opinion as a problematic partner in India's pursuit of its major interests. Because of its internal contradictions, the European Union cannot draw support for its unification process from its relation with other countries, especially India. The book decisively contributes to the understanding of these obstacles on the basis of careful empirical investigation and highly sophisticated interpretations. It is a major contribution to the analysis of the international posture of the European Union as well as to the domain of the analysis of perceptions in international relations.” (Prof. Dr. Hartmut Elsenhans, Emeritus Professor of International Relations, Institute of Political Science, University of Leipzig, Germany)