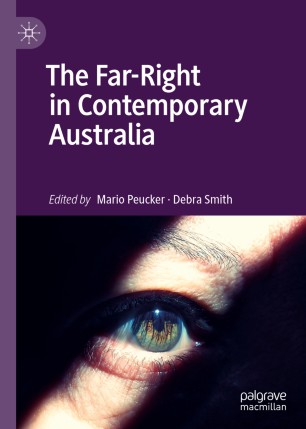 The Far-Right in Contemporary Australia

This book is the first to elaborate on radical and extreme right movements in contemporary Australia. It brings together leading scholars to present cutting edge research on various facets and manifestations of Australia’s diverse far-right, which has gained unprecedented public presence and visibility since the mid-2010s.
The thematic breadth of the chapters in this volume reflects the complexity of the far-right in Australia, ranging from the attitudes of far-right populist party voters and the role of far-right groups in anti-mosque protests, to online messaging and rhetoric of radical and extreme right-wing movements. The contributions are theoretically grounded and come from a range of disciplines, including media and cultural studies, sociology, politics, and urban studies, exploring issue of far-right activism on the micro and macro level, with both qualitative and quantitative research methods.
Mario Peucker (PhD) is a research fellow at the Institute for Sustainable Industries and Liveable Cities at Victoria University (Melbourne). He has undertaken multi-method research and published extensively in the areas of far-right extremism, Muslim community activism and active citizenship since 2003, both in Europe and Australia.
Debra Smith (PhD) is a Senior Industry Research Fellow at the Institute for Sustainable Industries and Liveable Cities at Victoria University. Her research focuses on questions of violent political extremism, social conflict and social change, with a particular interest in the role of emotion within violent extremism beliefs and action.