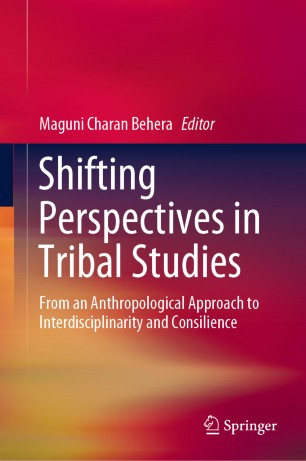 From an Anthropological Approach to Interdisciplinarity and Consilience

This book brings together multidisciplinarity, desirability and possibility of consilience of borderline studies which are topically diverse and methodologically innovative. It includes contemporary tribal issues within anthropology and other disciplines. In addition, the chapters underline the analytical sophistication, theoretical soundness and empirical grounding in the area of emerging core perspectives in tribal studies. The volume alludes to the emergence of tribal studies as an independent academic discipline of its own rights. It offers the opportunity to consider the entire intellectual enterprise of understanding disciplinary and interdisciplinary dualism, to move beyond interdisciplinarity of the science-humanities divide and to conceptualise a core of theoretical perspectives in tribal studies.

The book proves an indispensable reference point for those interested in studying tribes in general and who are engaged in the process of developing tribal studies as a discipline in particular.

M. C. Behera, M. A., Ph. D (Economics) from Utkal University, Bhubaneswar, Odisha, has been pursuing researches on tribal studies and rural economics from mid-1980s. He has authored/edited/co-edited more than 30 volumes on socio-economic and cultural life of tribal and rural people from theoretical and empirical perspectives. To his credit, he has more than sixty research papers on national and international topics published in various national and international journals. He has presented about sixty five papers in national and international seminars/conferences in the country and abroad. He is a member of many professional bodies. Dr. Behera was a Professor of Indigenous Culture Studies and Dean School of Cultural Studies, Central University of Jharkhand before he joined as Director of Arunachal Institute of Tribal Studies, Rajiv Gandhi University, Itanagar, Arunachal Pradesh, India.

“The book is a valuable resource for research scholars, as it covers a wide range of themes of contemporary relevance in the study of tribes.” (Ritambhara Hebbar, Journal of Adivasi and Indigenous Studies, Vol. 9 (2), 2019)