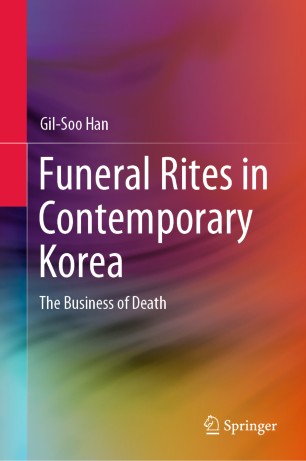 The Business of Death

This book explores 21st century Korean society on the basis of its dramatically transforming and rapidly expanding commercial funeral industry. With insights into contemporary Confucianism, shamanism and filial piety, as well as modernisation, urbanisation, the division of labour and the digitalisation of consumption, it is the first study of its kind to offer a sophisticated, integrated sociological analysis of how the commodification of death intersects with capitalism, popular culture and everyday life in contemporary Korea. Through innovative analyses of funeral advertising and journalism, screen and literary representations of funerals, online media, consumer accounts of using funeral services and other sources, it offers a complex picture of the widespread effects of economic development, urbanisation and modernisation in South Korean society over the past quarter century. In the aftermath of the Korean “economic miracle” novel ways of paying respect to deceased kin have emerged; using Max Weber's concept of “pariah capitalism”, Gil-Soo Han shows how the heightened obsession with and boom in the commodification of death in Korea reflects radical transformations in both capital and culture.

Gil-Soo Han is an Associate Professor at the School of Media, Film and Journalism at Monash University. His research interests span across sociologial studies of religion, health, ethnicity and media and he is a leader in the field of Korean Studies in Australasia. Gil-Soo's education in Korea, India and Australia has given him a unique, transnational understanding of the Korean diaspora in Australia, and his work on Korean migrants has always been accompanied by 'scholarly re-visits' to Korea as a Korea-born migrant himself and scholar now working in Australian universities. Gil-Soo has taught at the University of New England, the Monash University School of Rural Health and served as Head of Arts at the Monash University Sunway Campus in Malaysia. He has published more than 70 book chapters and journal articles, and 5 books including Nouveau-riche Nationalism and Multiculturalism in Korea (2016) and the co-edited volume, Minorities and Media (2017).