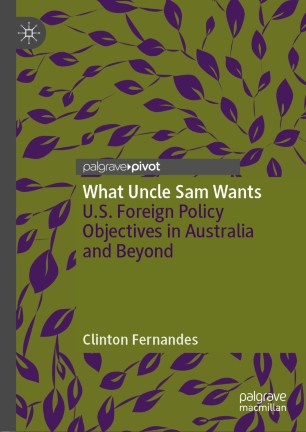 This pivot sheds light on U.S. foreign policy objectives by examining diplomatic cables produced by the U.S. Embassy and Consulates in Australia, some which have been officially declassified over the past 30 years and others which were made public by the anti-secrecy group, WikiLeaks. Providing an original analysis of the cables, this book provides the context and explanations necessary for readers to understand how the U.S. Embassy’s objectives in Australia and the wider world have evolved since the 1980's. It shows that Australian policymakers work closely with their American counterparts, aligning Australian foreign policy to suit American preferences. It examines a range of U.S. government priorities, from strategic goals, commercial objectives, public diplomacy, financial sanctions against terrorism, and diplomatic actions related to climate change, looking back at key events in the relationship such as sanctions against Iraq, the 2008 Global Financial crisis, intellectual property protection and the rise of China.

Clinton Fernandes is Professor of International and Political Studies at the University of New South Wales, Australia. He is a former Australian Army officer who served in the Australian Intelligence Corps. His research focus is on “Securing Australia’s place in a changing world.”

“This is a welcome book. It sums up some important evidence about American diplomacy in general and the ANZUS treaty in particular.” (Allan Patience, Australasian Journal of American Studies, Vol. 38 (2), 2019)