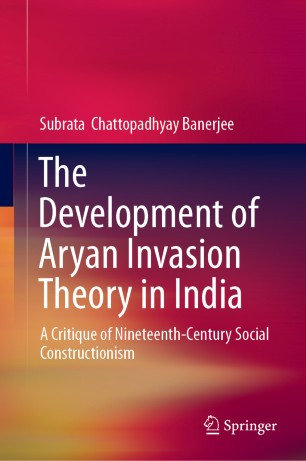 The Development of Aryan Invasion Theory in India

A Critique of Nineteenth-Century Social Constructionism

This book delves deep into the Social Construction of Theory, comparative epistemology and intellectual history to stress the interrelationship between diverse cultures during the colonial period and bring forth convincing evidence of how the 19th century was shaped. It approaches an interesting relation between the linguistic studies of 19th century’s scientific world and subsequent widespread acceptance of the empirically weak theory of the Aryan invasion. To show entangled history in a globalized world, the book draws on the Aryan Invasion Theory to highlight how different socio-religious parties commonly shape a new theory. It also explores how research is affected by the so-called social construction of theory and comparative epistemology, and deals with scholarly advancement and its relation with contemporary socio-political demands. The most significant conclusion of the book is that academic studies are prone to comparative epistemology, even under the strict scrutiny of the so-called scientific methods.