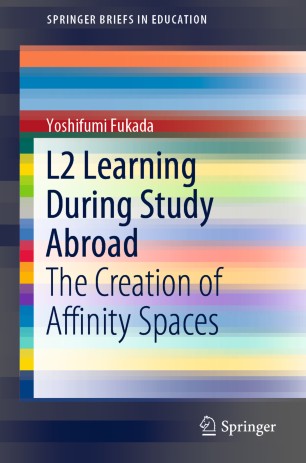 The Creation of Affinity Spaces

This book presents three case studies that examine how English language students construct affinity spaces to secure target language-mediated socializing opportunities with local people in both academic and non-academic contexts. The studies were conducted in Hawaii, the U.S and Tokyo, Japan and focus on the Japanese author of this book, an English as second language (ESL) speaker and learner, during his sabbatical in Hawaii; on a Japanese international student who studied in Hawaii; and on a Chinese international student studying in Japan. The studies hold a variety of implications for classroom practice, including helping students recognize the value of cultural and social capital in relation to their linguistic skills.

Yoshifumi Fukada (Ed.D. in international and multicultural education with an emphasis on second language acquisition, University of San Francisco; Ph.D. candidate, University of Tokyo) is a professor at the Department of International Studies, Meisei University, Tokyo, Japan. His research interests include L2 learners’ and users’ dynamic identities, their agency in their English-learning and social interactions (in and outside the classroom), and their use of English as a lingua franca (ELF) in international communities. Recently he conducted (auto)ethnographic case studies on international students’ target language-mediated socializing in their host country, receiving a research grant from the Ministry of Education (2010–2013) to do so, and has since continued exploring the research subjects.
Prof. Fukada has published extensively, including the contributions ‘Statistical Analyses of Imagined Communities’ and ‘Generating Agentive TL Interaction in TBL Projects,’ both of which were selected as best papers for JALT conference proceedings in 2008 and 2011, respectively. Further, he provided ‘Trans-bordering cultural capital: A case study of one Japanese international student’s acquisition of TL-mediated socializing opportunities.’ (JACET journal Vol.59, 2015), ‘A language learner’s TL-mediated socializing in affinity space of the host country: An autoethnography.’ (Study Abroad Research in Second Language Acquisition and International Education, 2017), ‘Whole language approach.’ (The TESOL Encyclopedia of English Language Teaching, Wiley-Blackwell, 2018), and ‘An ethnographic case study of one Korean international student’s TL-mediated socializing in affinity space of the host country.” (Internalisation and transnationalisation in higher education, Peter Lang, 2018).