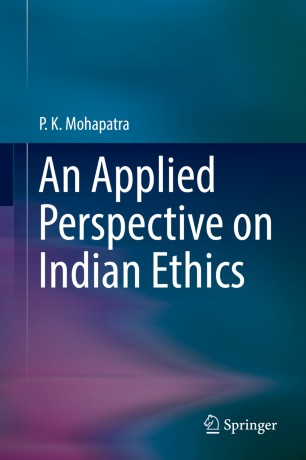 An Applied Perspective on Indian Ethics

This book presents a novel interpretation of major problems of Indian ethics from an applied ethical perspective. It approaches prominent theories like Dharma, Karma and Purusarthas from a critical point of view, so as to render them logically consistent and free from some standard limitations. Ethical theories are meant to provide guidance for life, but quite often many of our celebrated theories appear to be inapplicable or difficult to apply in practical life. Indian ethical theories are of special significance to this problem because they have in them rich potentials of applicability as much as many of them typify inapplicable abstract theories of morals. The book incorporates a wealth of research on ethical theories, keeping in view the spirit of ethics and the demands of the situations; for a reasoned balance between the two is the key to applied ethics. The book argues that ethical theories are objective but defeasible in overriding circumstances where competing values deserve preference. Such justified exceptions are warranted by the very spirit of ethics, which is to promote the good life. The argument from defeasibility and justified violation in the book helps bridging the gap between ethics and its application and makes Indian theories of value appear in fresh light- workable, practically applicable and effective as incentives for morality.

With uncommon virtue of contemporized presentation of Indian ethics, this book should be of interest to scholars and researchers working on Indian ethics and moral philosophy, as well as to those interested in Indian culture and value tradition.

Professor Mohapatra got the Degree of Ph.D from the University of Keele, England, where he worked as a Commonwealth Scholar during 1974 to 1977. He was a Fulbright Visiting Professor in the United States in 1989. During this visit, he lectured in the universities of Western Michigan, Philadelphia(Temple University), Wittenberg and Iwowa. Later on he was Visiting Professor in Broke University,Otario, Canada in 1993 and in 1995 and also in Ohio State University, USA in 1999

Besides a number of publications in reputed journals of philosophy, Professor Mohapatra has authored five books and edited twelve books published under the Utkal Studies in Philosophy series of publications of which he was the General Editor from 1996 to 2002.

A specialist in Philosophy of Mind and Practical Ethics, Professor Mohapatra is passionately concerned over promotion of human values in the society.