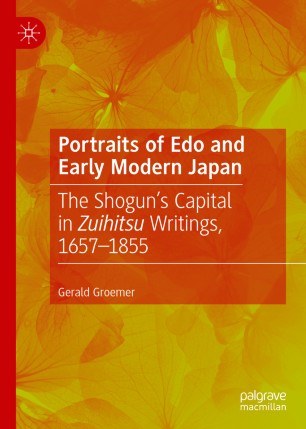 This volume presents a series of five portraits of Edo, the central region of urban space today known as Tokyo, from the great fire of 1657 to the devastating earthquake of 1855. This book endeavors to allow Edo, or at least some of the voices that constituted Edo, to do most of the speaking.  These voices become audible in the work of five Japanese eye-witness observers, who notated what they saw, heard, felt, tasted, experienced, and remembered.  “An Eastern Stirrup,” presents a vivid portrait of the great conflagration of 1657 that nearly wiped out the city.  “Tales of Long Long Ago,” details seventeenth-century warrior-class ways as depicted by a particularly conservative samurai.  “The River of Time,” describes the city and its flourishing cultural and economic development during the late eighteenth and early nineteenth centuries. “The Spider’s Reel” looks back at both the attainments and calamities of Edo in the 1780s.  Finally, “Disaster Days,” offers a meticulous account of Edo life among the ruins of the catastrophic 1855 tremor.  Read in sequence, these five pieces offer a unique “insider’s perspective” on the city of Edo and early modern Japan.