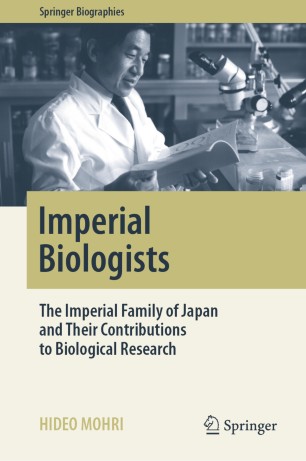 The Imperial Family of Japan and Their Contributions to Biological Research

This book sheds light on a little-known aspect of the Imperial family of Japan: For three generations, members of the family have devoted themselves to biological research. Emperor Showa (Hirohito) was an expert on hydrozoans and slime molds. His son, Emperor Akihito, is an ichthyologist specializing in gobioid fishes, and his research is highly respected in the field. Prince Akishino, Emperor Akihito’s son, is known for his research on giant catfish and the domestication of fowl, while Prince Hitachi, Emperor Akihito’s brother, has conducted research on cancer in animals.

The book shows how they became interested in biology, how seriously they were committed to their research, what their main scientific contributions are, and how their achievements are valued by experts at home and abroad.

To commemorate the 60-year reign of Emperor Showa and his longtime devotion to biology, the International Prize for Biology was founded in 1985. The prize seeks to recognize and encourage researches in basic biology. A list of winners and a summary of their research are presented in the last part of the book.

The author, an eminent biologist who has given lectures to the Imperial Family, explains their research and tells the fascinating story of biology and the Imperial Family of Japan. The book is a valuable resource, not only for biology students and researchers, but also for historians and anyone interested in science and the Royal and Imperial families.