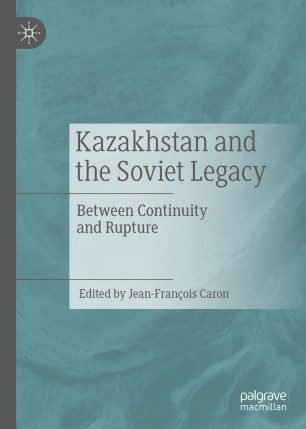 Kazakhstan and the Soviet Legacy

Between Continuity and Rupture

This book examines Kazakhstan’s struggle to distance itself from its Soviet past over 25 years after its independence. To a very large extent, the affirmation of its sovereignty and a unique Kazakhstani way remain largely a matter of rhetoric. This book looks to explain the various aspects that show the continuity of Kazakhstan’s political system and governance with its colonial legacy, namely through its foreign policy, the country’s environmental policies, the judicial system, the management of religious diversity, the way youth organizations are structured and administered or how those who were born after the collapse of Soviet Union are still showing a typical Soviet behavioral attitude towards the political sphere.
What are the reasons of this reluctance or incapacity to break away from these ties of the past? Will the unavoidable political transition that will bring new individuals at the head of the state contribute to a real change?  Will this lead to a real break-up with the country’s past and a radical shift in the country’s policies or will things remain as they have been since 1991? Only time will tell what might result from this hypothetical scenario and this book provides some valuable insights on what may happen in the near future to the biggest country of Central Asia.
Jean-François Caron is an Associate Professor and Chair of the Department of Political Science and International Relations at Nazarbayev University. His doctoral dissertation completed at the Université Laval (Canada) in 2010 focused on identity politics in multinational states. He has published articles about this topic in National Identities, Nationalism & Ethnic Politics as well the Journal of Intercultural Studies.