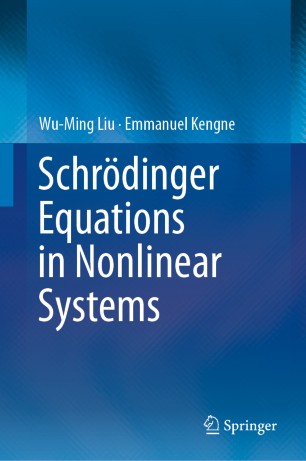 This book explores the diverse types of Schrödinger equations that appear in nonlinear systems in general, with a specific focus on nonlinear transmission networks and Bose–Einstein Condensates. In the context of nonlinear transmission networks, it employs various methods to rigorously model the phenomena of modulated matter-wave propagation in the network, leading to nonlinear Schrödinger (NLS) equations. Modeling these phenomena is largely based on the reductive perturbation method, and the derived NLS equations are then used to methodically investigate the dynamics of matter-wave solitons in the network. In the context of Bose–Einstein condensates (BECs), the book analyzes the dynamical properties of NLS equations with the external potential of different types, which govern the dynamics of modulated matter-waves in BECs with either two-body interactions or both two- and three-body interatomic interactions. It also discusses the method of investigating both the well-posedness and the ill-posedness of the boundary problem for linear and nonlinear Schrödinger equations and presents new results. Using simple examples, it then illustrates the results on the boundary problems. For both nonlinear transmission networks and Bose–Einstein condensates, the results obtained are supplemented by numerical calculations and presented as figures.