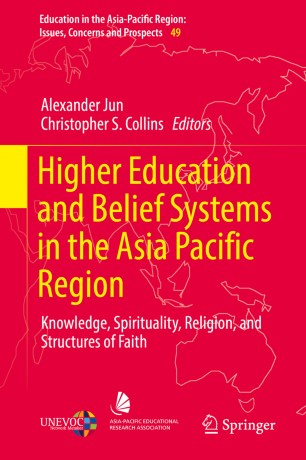 Higher Education and Belief Systems in the Asia Pacific Region

Part of the Education in the Asia-Pacific Region: Issues, Concerns and Prospects book series (EDAP, volume 49)

This book underscores the role of belief and knowledge that are outside the canons of science, as they are not often considered within the core functions of a university.  It explores various ways in which belief systems are part of the fabric of higher education – either implicitly or explicitly – and pursues a deeper understanding of the role of belief practices as it plays out in both private and public higher education. The broad variety of geographic locations and belief systems represented here demonstrate the ways in which implicit and explicit belief systems affect higher education. The book is unique in its breadth of coverage, but also in its depth of exploration regarding how belief systems function in society through the avenue of higher education, which is often a central site for the production and dissemination of knowledge.