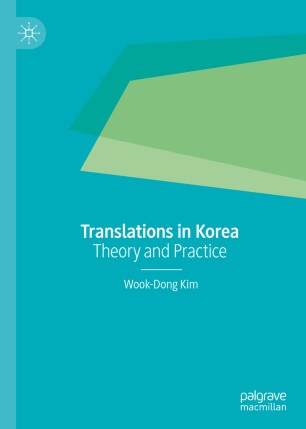 This book explores practical and theoretical approaches to translation in Korea from the 16th century onwards, examining a variety of translations done in Korea from a diachronic perspective. Offering a discussion of the methodology for translating the Xiaoxue (Lesser or Elementary Learning), a primary textbook for Confucianism in China and other East Asian countries, the book considers the problems involving Korean Bible translation in general and the Term Question in particular. It examines James Scarth Gale, an early Canadian Protestant missionary to Korea, as one of the language’s remarkable translators. The book additionally compares three English versions of the Korean Declaration of Independence of 1919, arguing that the significant differences between them are due both to the translators’ political vision for an independent Korea as well as to their careers and Weltanschauungen. The book concludes with a detailed analysis of Deborah Smith’s English translation of ‘The Vegetarian’ by Han Kang, which won the 2016 Man Booker International Prize for Fiction.

Wook-Dong Kim is Professor Emeritus of the Humanities at Sogang University, Seoul, South Korea, and currently teaches at Ulsan National Institute of Science and Technology (UNIST), Ulsan, South Korea. He is a professional literary translator, who has translated classic novels, such as The Scarlet Letter, The Adventures of Huckleberry Finn, Catcher in the Rye, The Great Gatsby, For Whom the Bell Tolls, Animal Farm, and To Kill a Mockingbird.