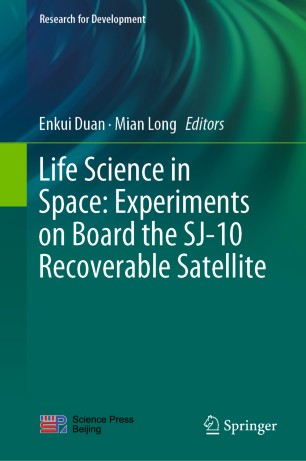 Life Science in Space: Experiments on Board the SJ-10 Recoverable Satellite

This book presents the life science experiments in a space microgravity environment conducted on board the SJ-10 recoverable satellite, which was launched on April 6th 2016 and recovered on April 18th 2016. It covers 10 scientific projects in radiation biology, gravitational biology and biotechnology that were selected from ~100 proposals from various institutions in China and around the world. Primarily exploring the rhythm of life in a space microgravity environment, all of the experiments – conducted on nine payloads of the SJ-10 satellite – have never been previously conducted in the respective fields. In addition, the book provides extensive information on the mission’s execution, data collection, and scientific outcomes.