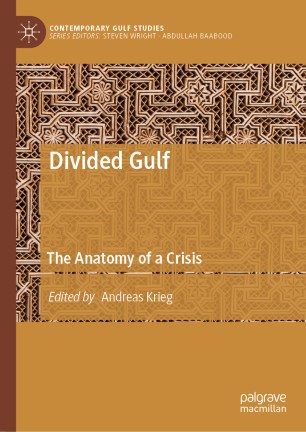 The Anatomy of a Crisis

This book discusses the various critical dimensions of the Qatar Crisis as a development that has fundamentally reshaped the nature of regional integration for the near future. It represents the first academic attempt to challenge the commonly propagated binary view of this conflict. Further, the book explains the Gulf Crisis in the context of the transformation of the Gulf in the early 21st century, with new alliances and balances of power emerging. At the heart of the book lies the question of how the changing global and regional order facilitated or even fuelled the 2017 Crisis, which it argues was only the most recent climax in an ongoing crisis in the Gulf, on that had been simmering since 2011 and is rooted in historical feuds that date back to the 1800s. While contextualizing the crisis historically, the book also seeks to look beyond historical events to identify underlying patterns of identity security in connection with state and nation building in the Gulf.

Andreas Krieg is an Assistant Professor of Defence Studies at King’s College London. He is currently seconded to the Royal College of Defence Studies in London, where he is employing his expertise in the professional education of leaders from the defence and security sector, as well as the foreign policy field. From 2013 to 2017, he was based at King’s College in Qatar, providing professional military education to officers from Gulf Cooperation Council militaries. Dr Krieg’s research in the field of security and conflict studies particularly focuses on the Middle East as a region in transition. He has recently published a book with Palgrave titled ‘Socio-Political Order and Security in the Arab World’ and has a monograph forthcoming with Georgetown University Press titled ‘Surrogate Warfare’.