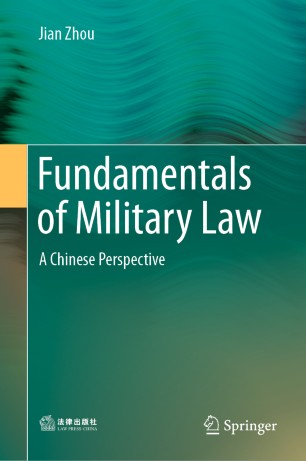 Jian Zhou, Professor and Senior Colonel in the Political Academy, the National Defence University, China, PhD supervisor in the China University of Political Science and Law and East China University of Political Science and Law, the leading scholar of the Discipline of Armed Police Law and the Chief Expert at the Legal Research Centre of the Armed Police Force, military lawyer, referee of the Journal of Social Sciences in China. Used to be the director of the first teaching and research division of military law in China. Professor Zhou supervised the first MA candidate and the first PhD candidate of military law in China, and was appraised as an excellent supervisor of MA candidate.