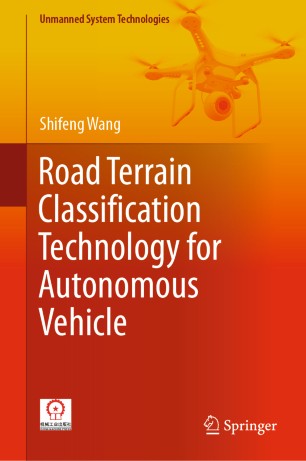 This book provides cutting-edge insights into autonomous vehicles and road terrain classification, and introduces a more rational and practical method for identifying road terrain. It presents the MRF algorithm, which combines the various sensors’ classification results to improve the forward LRF for predicting upcoming road terrain types. The comparison between the predicting LRF and its corresponding MRF show that the MRF multiple-sensor fusion method is extremely robust and effective in terms of classifying road terrain. The book also demonstrates numerous applications of road terrain classification for various environments and types of autonomous vehicle, and includes abundant illustrations and models to make the comparison tables and figures more accessible.

Shifeng Wang has double doctoral degrees. He received Eng. D. from Changchun University of science and technology in 2008, later on he received Ph.D. from University of Technology Sydney in 2013. He is an associate Professor at Key Laboratory of Optoelectronic Measurement and Optical Information Transmission Technology of Ministry of Education, National Demonstration Center for Experimental Optoelectronic Engineering Education, School of Optoelectronic Engineering, Changchun University of Science and Technology. He majored in Robot Science and Artificial Intelligence. He undertook many major research projects in China and Austrlia. From 2010-2013, he is in charge of the "An Instrumented Vehicle for Research on Safe Driving Project" and the "Human-Machine Interaction for Driving Assistant System Project", both financial aided by the Australia government. He has been granted 6 invention patents and applied another 8 ones related to the autonomous vehicle and published more than 20 technical papers. This book is finically supported by the project of Natural Science Foundation of Jilin Province (20150101047JC), China.