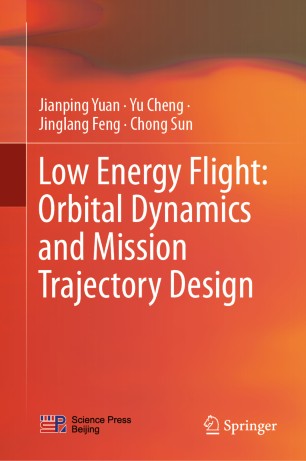 The book focuses on the orbital dynamics and mission trajectory (transfer or target trajectory) design of low-energy flight in the context of modern astrodynamics. It investigates various topics that either offer new methods for solving classical problems or address emerging problems that have yet to be studied, including low-thrust transfer trajectory design using the virtual gravity field method; transfer in the three-body system using invariant manifolds; formation flying under space-borne artificial magnetic fields; and the orbital dynamics of highly irregular asteroids. It also features an extensive study of the orbital dynamics in the vicinity of contact binary asteroids, including the 1:1 ground-track resonance, the equilibrium points and their stability, and the third-order analytical solution of orbital motion in the vicinity of the non-collinear equilibrium point.
Given its breadth of coverage, the book offers a valuable reference guide for all engineers and researchers interested in the potential applications of low-energy space missions.

Research topic: transfer trajectory design in the three-body problem; relative dynamics of a charged spacecraft under a magnetic field and the potential application in formation flying, stability analysis of the critical points and periodic orbits of the Hamiltonian system, and computation of invariant tori using parameterization method.