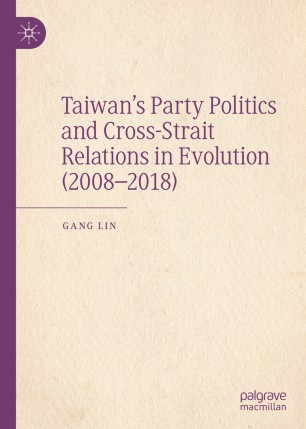 This book explores the dynamics of party politics in Taiwan and cross-Strait relations over the past decade. While power transfer from the pro-independence Democratic Progressive Party (DPP) back to the pro-status quo Chinese Nationalist Party (Kuomintang, KMT) in 2008 ushered a great leap of cross-Strait relations in the following years, the DPP’s coming back to power in 2016 has reversed the trend and brought back a cold peace between the two sides of the Taiwan Strait featuring the period of the Chen Shui-bian administration. Social cleavage and partisan confrontation on the island have justified Beijing’s strategy of selective engagement with the two main parties within Taiwan. The state of cross-Strait relations, therefore, has become a by-product of volatile party politics on the island. As speculation about Taiwan's future mounts, this book will interest scholars, China-watchers, and policymakers.
Gang Lin is distinguished professor of political science and chairman of academic committee at the Shanghai Jiao Tong University’s School of International and Public Affairs, director of Center for Taiwan Studies, member of the University’s Academic Committee, vice president of Shanghai Society for Taiwan Studies, and Senior Fellow of the Collaborative Innovation Center for Peaceful Development of cross-Strait Relations.