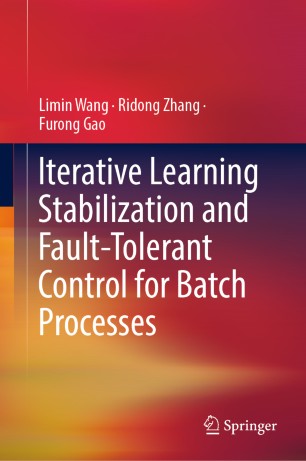 Limin Wang is currently a professor at the School of Mathematics and Statistics, Hainan Normal University. She is a member of the Fault Diagnosis and Safety Professional Committee of the China Association of Automation. She received her Ph.D. degree in Operations Research and Cybernetics from Dalian University of Technology in 2009. Her current research interests include batch process control, fault-tolerant control and fault diagnosis. She worked as a postdoctoral fellow at the Hong Kong University of Science and Technology, Zhejiang University, and Tsinghua University, researching on advanced control methods, fault diagnosis and fault tolerant control of batch processes and published a series of original results in international journals, such as the Journal of Process Control, AIChE Journal, Industrial & Engineering Chemistry Research, and Control Engineering Practice.

Ridong Zhang received his Ph.D. degree in control science and engineering from Zhejiang University in 2007. From 2007 to 2015, he was a professor at the Institute of Information and Control, Hangzhou Dianzi University. Since 2015, he has been a visiting professor at the Chemical and Biomolecular Engineering Department, the Hong Kong University of Science and Technology. He has published more than 40 journal papers in the fields of process modeling and control. His research interests include process modeling, model predictive control, and nonlinear systems.

Furong Gao received his B.Eng. degree in automation from the China University of Petroleum in 1985 and M. Eng. and Ph.D. degrees in chemical engineering from McGill University, Canada, in 1989 and 1993 respectively. He worked as a senior research engineer at Moldflow International Company Ltd. Since 1995, he has been working at the Hong Kong University of Science and Technology, where he is currently the chair professor in the Department of Chemical and Biomolecular Engineering. His research interests include process monitoring, control and polymer processing.

“The book is a useful and timely treatise of carefully selected topics of batch control. It could serve well as a useful reference material for the control engineering community.” (Witold Pedrycz, zbMATH 1428.93006, 2020)
Buy options