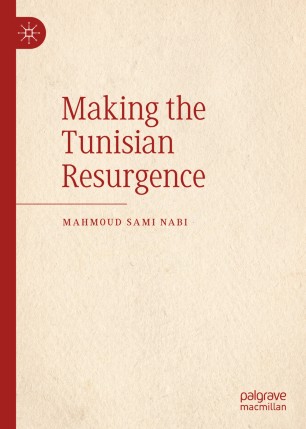 “This book is a must-read. It is the only one that it is totally dedicated to the Tunisian social and economic issues which have been neglected by the political class and analysts.”

“This is definitely a treasure of a book that deserves to be widely shared."

This book investigates the socioeconomic factors that triggered Tunisia’s "revolution for dignity” and the current issues and challenges facing its economy while suggesting mechanisms and instruments for their resolution. The author begins by analyzing the roots of the revolution and the post-revolution situation from a political sociology perspective and then diagnoses the Tunisian economy before and after the revolution and identifies the multidimensional binding constraints preventing it from escaping the middle-income trap. The book then explores the pillars of an inclusive development strategy that Tunisia should pursue. The emphasis is made on building inclusive institutions, developing a new social contract and reinventing the country's leadership. Beyond the institutional dimension, the author suggests innovative financial channels, discusses the strategy of a successful integration of the Tunisian economy in the global economy as well as the pillars of its transformation into a knowledge-based economy.

Mahmoud-Sami Nabi is Professor (Full) of economics at University of Carthage (FSEG Nabeul & LEGI-Tunisia Polytechnic School). He has also occupied the position of senior researcher economist at IRTI-IsDB Group. After obtaining a baccalaureate in mathematics (in Monastir, 1993) he earned a diploma of engineer in 1998 at Tunisia Polytechnic School (IPEST, EPT) and a PhD in economics in 2004 at the University of Paris I Panthéon Sorbonne. He has been engaged in economic analysis for more than fifteen years and published several papers in refereed international journals. Professor Nabi is Research Fellow of the  Economic Research Forum and member of the African Growth & Development Policy. He was nominated as independant member of the Licensing Committee of the Central Bank of Tunisia in November 2016.