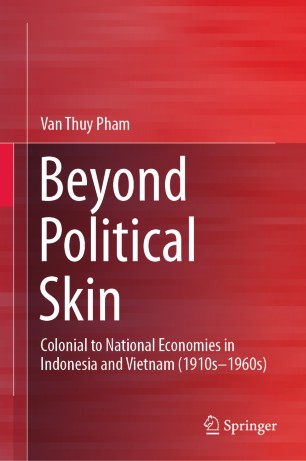 Colonial to National Economies in Indonesia and Vietnam (1910s-1960s)

This book explains the dynamics behind the economic transformation from colonial era to post-independence period in Indonesia and Vietnam. It analyses the different policies of Vietnamese and Indonesian governments towards the economic legacies of colonialism remaining in the countries after independence. It also demonstrates that despite critical differences between the two nation-states, Vietnamese and Indonesian leadership were pursuing similar long-term goals, which is to obtain a truly independent national economy. The book discusses the way in which the Indonesian government attained complete economic control which resembled the socialist transformation of North Vietnam in the 1950s and the various means by which the government of South Vietnam concentrated economic power in its hands during the late 1950s and early 1960s. It also explores how the Indonesian government was determined to get rid of the economic legacy of Dutch colonialism by placing the entire economy under the strong state control and ownership, in accordance with the spirit of Guided Democracy and Guided Economy in the late 1950s and the early 1960s. This book is a point of reference for students, researchers and academics interested in a comparative analysis of the economic systems implemented by the colonial and fascist powers in Indonesia and Vietnam.

Pham Van Thuy studied Global History at Vietnam National University, Hanoi, where he obtained his BA degree in 2005. He then attended Leiden University and was awarded his second BA, MPhil (Master of Philosophy) and Doctorate degrees in 2007, 2009 and 2014 respectively. He is currently teaching Global History at the Faculty of History, College of Social Sciences and Humanities at the Vietnam National University, Hanoi. His main field of interest is Southeast Asian history, particularly the political economy of Indonesia and Vietnam in pre-modern and early modern periods. Thuy has published a wide range of articles and book chapters in Vietnamese and English relating to the political and economic history of Southeast Asia, Vietnam and Indonesia.