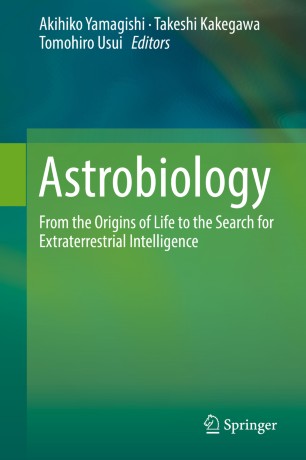 From the Origins of Life to the Search for Extraterrestrial Intelligence

This book provides concise and cutting-edge reviews in astrobiology, a young and still emerging multidisciplinary field of science that addresses the fundamental questions of how life originated and diversified on Earth, whether life exists beyond Earth, and what is the future for life on Earth. Readers will find coverage of the latest understanding of a wide range of fascinating topics, including, for example, solar system formation, the origins of life, the history of Earth as revealed by geology, the evolution of intelligence on Earth, the implications of genome data, insights from extremophile research, and the possible existence of life on other planets within and beyond the solar system. Each chapter contains a brief summary of the current status of the topic under discussion, sufficient references to enable more detailed study, and descriptions of recent findings and forthcoming missions or anticipated research. Written by leading experts in astronomy, planetary science, geoscience, chemistry, biology, and physics, this insightful and thought-provoking book will appeal to all students and scientists who are interested in life and space.

Professor Emeritus of Tokyo University of Pharmacy and Life Science. He received Ph.D. at the University of Tokyo. He had been the representative of Japan Astrobiology Network for ten years. He is a microbiologist especially interested in thermophiles and airborne microbes.  He is the Principal Investigator of the space experiment "Tanpopo" carried on International Space Station. He is also interested in molecular evolution and succeeded in resurrecting the ancient protein that was possessed by the common ancestor of all the living organisms about 4 billion years ago.

Professor of geochemistry at Tohoku University.  He received Ph.D. at Pennsylvania State University. He has been finding traces of life in ancient rocks. He and his colleagues were performing unique experiments to synthesize prebiotic organic molecules. He is trying to integrate geological and chemical information together to find the plausible pathway for the origin of life on the Earth. He is the fellow of honorable society of Phi Kappa Phi.

Professor of Department of Solar System Sciences, Institute of Space and Aeronautical Science, Japan Aerospace Exploration Agency.  He received a diploma in geology from the Tokyo Institute of Technology. He finished Ph.D. (geochemistry) under the supervision of Prof. Eizo Nakamura at the Institute for Study of the Earth’s Interior (ISEI), Misasa in 2004. Thereafter, he worked as a post-doctoral research fellow in the University of Tennessee and NASA Johnson Space Center. In April 2012 he joined the Department of Earth and Planetary Sciences, Tokyo Institute of Technology as a faculty member. His current research interest includes the historical evolution of climate, oceans/lakes, and habitability on Mars.