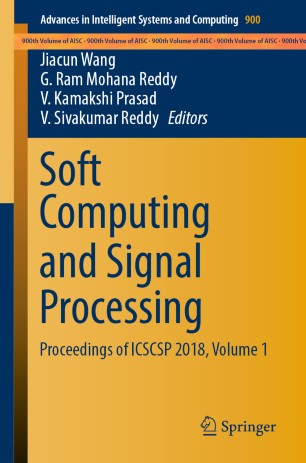 Part of the Advances in Intelligent Systems and Computing book series (AISC, volume 900)

Jiacun Wang received a Ph.D. in Computer Engineering from Nanjing University of Science and Technology (NJUST), China in 1991. He is currently a Professor at the Computer Science and Software Engineering Department at Monmouth University, West Long Branch, New Jersey. From 2001 to 2004, he was a member of scientific staff at Nortel Networks in Richardson, Texas. Prior to joining Nortel, he was a research associate at the School of Computer Science, Florida International University (FIU) at Miami and an Associate Professor at NJUST. He has published numerous books and research papers and is an Associate Editor of several international journals. He has also served as program chair, program co-chair, special sessions chair and program committee member for several international conferences. He is the secretary of the Organizing and Planning Committee of the IEEE SMC Society and has been a senior member of IEEE since 2000.

G. Ram Mohana Reddy completed his B.E. in Electronics and Communication Engineering at Sri Venkateswara University, Andhra Pradesh in 1987, his M.Tech. in Telecommunication Systems Engineering at the Indian Institute of Technology, Kharagpur in 1993, and his Ph.D. in Cognitive Hearing Science from The University of Edinburgh in 2005. He is currently a Professor and Head of the IT department at NITK Surathkal, Mangalore. He has contributed to several projects of national and international importance in areas such as affective human-centered computing, big data and cognitive analytics, cognitive hearing and speech science, cloud computing, social multimedia and social network analysis. He has published numerous books, research papers, and conference proceedings in these areas and is an active member of a number of international associations, including IEEE and ACM.

V. Kamakshi Prasad completed his Ph.D. in Speech recognition at the Indian Institute of Technology Madras and his M.Tech. in Computer Science & Technology at Andhra University in 1992. He has more than 20 years of teaching and research experience. His areas of research and teaching interest include speech recognition and processing, image processing, pattern recognition, ad-hoc networks and computer graphics. He has published several books, chapters, research papers in peer-reviewed journals and conference proceedings. He is also an editorial board member of the International Journal of Wireless Networks and Communications and a member of several academic committees.