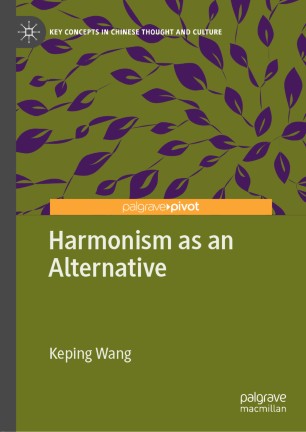 This Key Concepts pivot considers the fundamental Chinese cultural ideal of harmony (hé/和). Historically originating from Confucianism, the concept of harmony sits at the heart of Chinese traditional culture, which is characteristically morality-based and harmony-conscious due to the central role of pragmatic reason and wisdom nurtured through Confucianism, Daoism, Mohism, Legalism and other schools of thought.  This pivot delineates the rationale of the Chinese philosophy of harmony and its implications for modern social practices worldwide. It notably reexamines the relevance of hé beyond the realm of philosophy, and how this concept can impact on modern day human relations, amongst individuals and families as well as on a wider societal scale. It explores how hé can affect perspectives on political interaction, international relations and human conflict, as well as the interaction between man and nature. Addressing the inevitable tension between theory and practice, this book argues for the very real relevance of hé in 21st century cultural, social, political and economic spheres in China and beyond.

Keping Wang is a Fellow of Chinese Academy of Social Sciences (CASS) where he was head of Aesthetics Section of CASS Institute of Philosophy from 2005 to 2016, philosophy professor of CASS Graduate School, and Professor of Beijing International Studies University where he worked as Director of Institute for Trans-cultural Studies over a decade. Professor Wang is a former visiting fellow of St. Anne’s College of Oxford University (2000), visiting Professor of the School of Philosophical and Historical Inquiry, Sydney University (2010) and Sciences Politiques de Bordeaux (2017). His major writings in Chinese include the Moral Poetics in Plato’s Laws (2015), Plato’s Poetics in the Republic (2005, 2014) and Aesthetics in Tourism (2015), with publications in English including the Rediscovery of Sino-Hellenic Ideas (2016) and Reading the Dao: A Thematic Inquiry (2011).

“In this new pivot, Harmonism as an Alternative, Keping Wang traces the evolution of the key philosophical notion of ‘harmony’ (he) from its earliest, antique origins in the production of music to its vital role as a pervasive value in the ethical, social, political, and religious life of contemporary China. Wang in a nuanced and sophisticated way develops this Confucian notion of “harmony” as an evolving, distinctively Chinese alternative to prevailing assumptions about, and possibilities for, a changing world cultural order.” (Roger T. Ames, Professor, East-West Center, University of Hawaii, USA)
Buy options