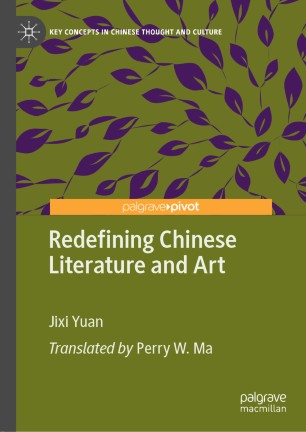 This Key Concepts pivot discusses the significance of the ancient Chinese concept of xìng or ‘Association’ in defining Chinese civilization and thought through the centuries. An approach unique to literary creation in China, xìng highlights the importance Chinese civilization sets by the integration of intellect, emotion and will into a highly consistent concept across its personal and public spheres. The book explores how the concept has been a widely used creative technique even in the earliest collections of Chinese poems, using metaphor and symbolism to set the scene and indicate thoughts and emotions invested in the vehicle of metaphor, as well as its impact on Chinese literature and philosophy as a domain of multiple meanings in classical Chinese aesthetics.

Ancient Chinese Concept of Xìng Defining Chinese Civilization and Thought Xing and the Integration of Intellect, Emotion and Will Chinese Xing, Metaphor and Symbolism Xing and Multiple Meanings

Jixi Yuan is Professor and Doctoral Tutor of School of Chinese Classics at Renmin University of China. He is an Academic Committee Member of the Confucius Research Institute of Renmin University, a Visiting Professor of the Center for Aesthetics and Aesthetic Education at Peking University, Vice President of the Chinese Association on The Literary Mind and the Carving of Dragons and Executive Director of Chinese Society of Aesthetics. His research interests include ancient Chinese literary criticism; literature of Wei, Jin, and Southern and Northern Dynasties and ancient Chinese aesthetics.
Perry W. Ma is Professor at Lane Community College, USA. He earned his Ph.D. in English from the University of Oregon. His past publications include books in translation Amazing Tales: Second Series, Confucius: The Sage on the Road, and Random Recollections of the Cow Shed.

“Jixi Yuan’s book gives a comprehensive review of the origin, development and features of Xing in poetry composition in Chinese literary history. The study exclusively focuses on heaven-man relations and nature-poet interactions to reveal the particular writing process of writers’ response to outside prompts and stimulations from natural sources, landscape and surroundings by originally innately expressing emotion in the early ages and later initiatively releasing thoughts of sorrow and longings for personal commitment and better life.” (Perry W. Ma, Professor, Lane Community College, USA)
Buy options