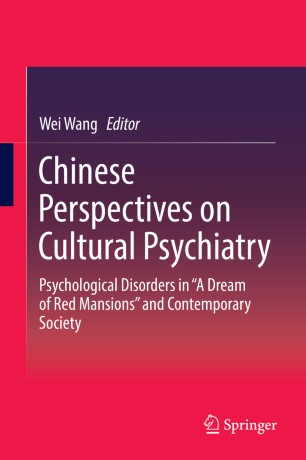 Psychological Disorders in “A Dream of Red Mansions” and Contemporary Society

This book presents a longitudinal study of cultural influence on psychiatric disorders, from late imperial China to contemporary China, drawing on both reviews and lab results to do so. While predominantly offering evidence of cultural influences on psychiatric disorders from a Chinese perspective, it will also be of global benefit since “the national exemplifies the international.” It presents the Chinese “emic” components of culture, including Chinese personality traits, Chinese forms of emotional regulation, and Chinese styles of family structure and function, which will stimulate international interest and research in related areas. The intended readership includes cultural psychiatrists and psychologists, family therapists, personality psychologists, literature-related researchers, and members of the general public who are interested in cultures expressed in fictions.

​Dr. Wei Wang is a Professor of Clinical Psychology and Psychiatry at Zhejiang University College of Medicine. He has extensively investigated a range of topics in Clinical Psychology and Psychiatry, e.g. personality and cognitive neuroscience, and explored areas relating to bipolar disorder, personality disorder and schizophrenia, e.g. the structure, causes and functions of personality traits, and familial and cultural contributions to different psychopathologies. He has published more than 100 peer-reviewed articles in prominent international journals, and has received several international and domestic awards such as the H.J. Eysenck Memorial Fund Award in 2006. He also acts as the Editor-in-Chief, Section Editor, or Consulting Editor for several international journals, including the Journal of Psychiatry, BMC Psychiatry and Psychological Assessment. His website is http://mypage.zju.edu.cn/en/wangwei.