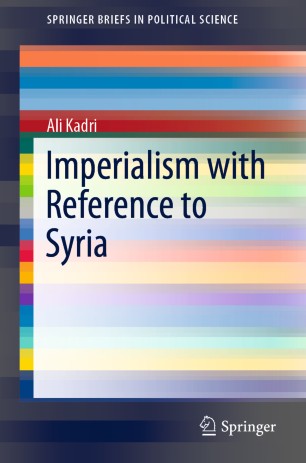 Imperialism with Reference to Syria

This extended essay investigates the meaning of imperialism in Syria, providing a valuable addition to the ongoing debate on the Syrian crisis through the concept of imperialism, the nature of modern warfare, and geopolitics. It offers a detailed analysis of how the Syrian war has been the product of imperialist ambitions.The author begins by situating the Syrian conflict in the regional historical continuum, positing that the modern imperialist war visited upon Syria is both a production domain intrinsic to capital, and an application of the law of value assuming the form of destructiveness. Such processes, particularly the measure of war as a component of accumulation by waste and militarism, are peculiar to US-led imperialism, which he argues is the sole imperialist power at play in Syria, and globally. With so many international forces contesting this country, and some prominent Western scholars equally ascribing imperialism to the US, Russia and China, defining who the imperialist is aims to clear some of the fog in the war of positions, as a misplaced or ideologically motivated diagnosis that can provide the wrong party with intellectual gun-fodder to prolong the war.  This book will be of interest to academics in the social sciences and Middle Eastern studies, but will also appeal to those with an interest in patterns of global development, postcolonialism and neoliberal imperialism.

Dr Ali Kadri teaches at the National University of Singapore and is visiting fellow at the LSE Centre for Human Rights – Laboratory for Advanced Research on the Global Economy. Prior to his present position, he was a visiting fellow at the Department of International Development, London School of Economics and the principal author of several United Nations reports addressing the right to development in Western Asia.