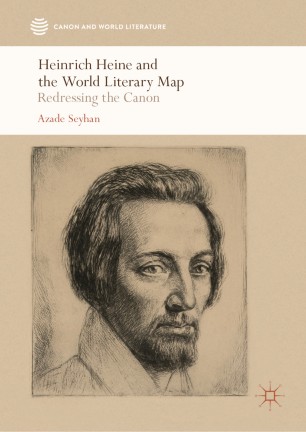 Part of the Canon and World Literature book series (CAWOLI)

This text provides a key reassessment of the German author Heinrich Heine’s literary status, arguing for his inclusion in the Canon of World Literature. It examines a cross section of Heine’s work in light of this debate, highlighting the elusive and ironic tenor of his many faceted prose works, from his philosophical and political satire to his reassessment of Romantic idealism in Germany and the unique self-reflexivity of his work. It notably focuses on the impact of exile, belonging, exclusion, and censorship in Heine’s work and analyzes his legacy in a world literary context, comparing his poetry and prose with those of major modern writers, such as Pablo Neruda, Nazım Hikmet, or Walter Benjamin, who have all been persecuted and exiled yet used their art as resistance against oppression and silencing.  At a time when a premium is placed on the value of world literatures and transnational writing, Heine emerges once again as a writer ahead of his time and of timeless appeal.

Azade Seyhan is the Fairbank Professor in the Humanities, Professor of German and Comparative Literature, Affiliated Faculty in Middle East Studies at Bryn Mawr College, USA. She is the author of Writing Outside the Nation (2001) and Tales of Crossed Destinies: The Modern Turkish Novel in a Comparative Context  (2008). She has published and lectured extensively on German Idealism and Romanticism, critical theory, exile narratives, Turkish-German literature, and the theory of the novel.