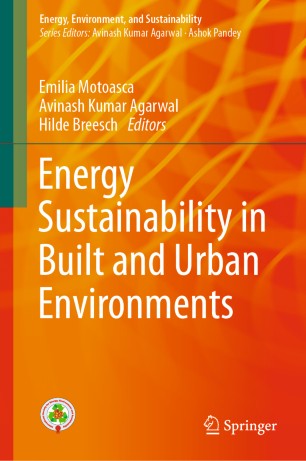 This book covers different aspects of energy sustainability in residential buildings and neighborhoods, starting from the construction and design aspects, and moving on to HVAC systems and lighting, and the applications, harvesting, use and storage of renewable energy. The volume focuses on smart and sustainable use of energy, discussing both the technological advancements and the economic, social and environmental impacts. Novel approaches to recycling of waste and materials in the context of residential buildings are also presented. This volume will be of interest to researchers and policy makers working in the fields of renewable energy, sustainable design and city planning.

Teodora-Emilia Motoasca (PhD) is an Assistant Professor at Electrical Engineering (ESAT) TC, KU Leuven (Catholic University of Leuven), Belgium. She has previously worked as an Assistant Professor and Post Doc in KU Leuven and Eindhoven University of Technology, the Netherlands, respectively. Her research interests are in the design of electric/hydraulic drive trains, electric motors and other types of actuators; assistive devices and energy efficient design. She has authored more than  34 research papers and holds 1 patent.

Hilde Breesch (PhD) is an Assistant Professor in the Department of Civil Engineering, KU Leuven and Head of Construction Technology Cluster at Technology campuses Ghent/ Aalst. Her research expertise is in Energy performance and indoor climate; interaction building and HVAC systems; commissioning and monitoring for sustainable building construction, and has previously with KAHO Sint-Lieven, Ghent University and Technum NV in Belgium.