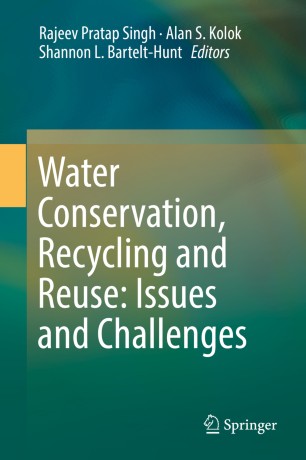 Water - a basic element of life, livelihood, food security and sustainable development - holds the key to global sustainability. The global water demand has been increased 3-fold in the past five decades and only 0.4% of the total world’s fresh water resources is available and accessible for use. The United Nations projected that half of all countries will face water scarcity by 2025 and more than one-third of the world’s population could be affected by water stress by 2050. The water problem is rapidly intensifying in the Asian region, and around 700 million people do not have access to safe drinking water. Similarly, according to the Intergovernmental Panel on Climate Change (IPCC) report, by 2050, more than one billion people in Asia alone are projected to experience negative impacts on water resources as a result of climate change. Climate change is also putting extra pressure on and adversely affecting the global water cycle, leading to irregular precipitation, more floods and droughts and creating an imbalance between water supply and demand. The availability of safe water is a major global concern due to the rapidly increasing population, urbanization, unsustainable consumption patterns, and rapid shifts in land use. It is believed that reduced access to freshwater will have cascading consequences that will pose threat to global food security, livelihood security, and cause large scale migration and economic and geopolitical tensions. As such, strategies for water conservation, wastewater reuse and recycling should be adopted in order to lessen the gap between supply and demand for water for different activities. This book provides readers with a better understanding of the water security challenges, and presents innovations to address these challenges, strengthen the science-policy interface, and develop institutional and human capacities for water security and sustainability.

Alan Kolok is the Director of Idaho Water Resources Research Institute, University of Idaho, Moscow, USA. He received his PhD in 1991 from Department of Environmental, Population and Organismic Biology, University of Colorado, Boulder; his M.S. in 1981 from the Department of Fisheries and Oceanic Science, University of Washington Seattle; and his B.S. in 1978 from the Department of Zoology, Miami University, Oxford, Ohio. His research interests include land use and its impact on water quality and environmental health, gene expression in environmental sentinel organisms as indicators of exposure to toxic compounds; the role of sediment in the fate and transport of emerging contaminants; cancer incidence and its geographical relationship to watersheds; citizen scientist and its role in data acquisition.

Shannon Bartlet-Hunt is a Professor of Civil Engineering at the University of Nebraska, Omaha. She is also Associate Dean of Graduate Studies. She completed her PhD in Civil Engineering (Environmental) at the University of Virginia in 2004. Her areas of research and professional interest include the physicochemical fate of contaminants in soil and water, contaminant fate and transport in landfills and water reuse in agricultural systems. She has been awarded several prestigious awards, such as the Student Impact Award: Outstanding Advisor (Engineers Without Borders), 2017; Grand Prize for University Research, American Academy of Environmental Engineers and Scientists, 2015; R. Vernon McBroom Engineering Leadership Fellow, 2014; Association of Environmental Engineering and Science Professors (AEESP), Distinguished Service Award, 2014; College of Engineering Faculty Research and Creative Activity Award, 2013; National Science Foundation CAREER award, 2012; McGraw-Hill/AEESP Award for Outstanding Teaching in Environmental Science and Engineering, 2011.