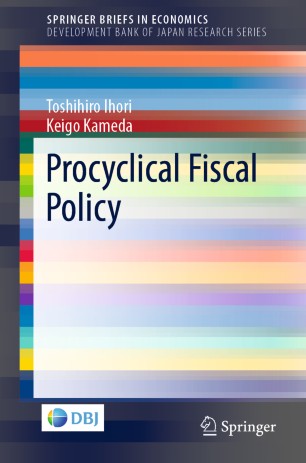 Conventional wisdom dictates that a fiscal policy should be counter-cyclical. However, contrary to this conventional views, recent research has demonstrated that fiscal policy is actually procyclical in most developing countries. In this book, we attempt to propose a new interpretation of this procyclicality after reviewing theoretical and empirical evolution of the research. In particular, by incorporating the political effort behavior of private agents into a weak government model, we explore how income fluctuations affect the optimal budget deficits in a political economy. If the government can control the political behavior, normally, the optimal budget deficit should rise in a recession as a first-best case; however, interestingly, a recession does not necessarily prompt an increase in the budget deficits in a second-best political economy. The response of the budget deficits to income fluctuations mainly depends on the efficiency of political effort, which may correspond to the degree of democracy and bureaucratic efficiency of the governments. We test the prediction of the pro-cyclical fiscal policy and find it applicable for democratic countries with semi-efficient governments including Japan.

Toshihiro Ihori is a special professor of economics at the National Gradual Institute for Policy Studies and a professor emeritus of The University of Tokyo. He is an Academic Advisor of the Research Institute of Capital Formation, Development Bank of Japan. He has a B.A. and a M.A. from The University of Tokyo and a Ph.D. in economics from Johns Hopkins University. His major field of research is public economics. Details are at the web site of the  National Gradual Institute for Policy Studies.