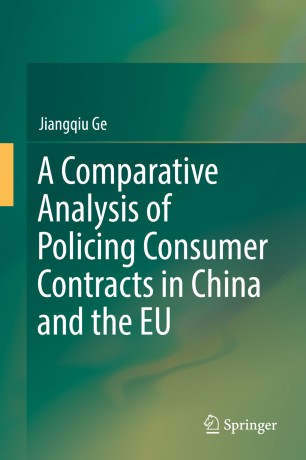 This study seeks to fill a gap in the existing literature by describing the formulation, interpretation and enforcement of the rules on consumer contracts in China and the EU, and by mapping key similarities and differences. The study addresses selected issues regarding consumer contracts: sources of law in the two jurisdictions are first discussed to set the scene. Afterwards, one preliminary issue - how to define the concept of a consumer contract - and two substantive topics - unfair terms and withdrawal rights - are dealt with. Apart from the descriptive analysis, the book also provides possible explanations for these comparative findings, and argues that the differences in consumer contract rules can be primarily attributed to a disparity of markets. The book offers a valuable resource, particularly for researchers and practitioners in the fields of private law and comparative law.